Due to COVID-19, the ongoing health and containment emergency measures may cause service delays at logistic couriers and Xiaomi authorized service centers until further notice. Thank you for your understanding and support.×
About Us Leadership Team Press & Media User Agreement Privacy Policy 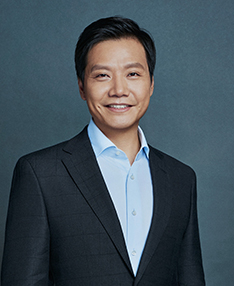 Lei Jun, aged 51, is an Executive Director, the Founder, the Chairman and the CEO of the Company. He is also a member of the Remuneration Committee. Lei Jun is responsible for the Company’s overall corporate strategy, company culture and key products. He oversees the senior management team. Lei Jun currently holds directorships in various subsidiaries, Consolidated Affiliated Entities and operating entities of the Group.

Lei Jun is a renowned angel investor in mainland China. Lei Jun joined Kingsoft Corporation Limited (SEHK Stock Code: 3888) in 1992 and has held various senior positions in Kingsoft, including as the chairman of the board since July 2011, non-executive director since August 2008 and the chief executive officer between 1998 and December 2007. From July 2011 to March 2018, Lei Jun was the chairman of Cheetah Mobile Inc. (NYSE ticker: CMCM). From July 2011 to August 2016, Lei Jun was the chairman of JOYY Inc. (NASDAQ ticker: YY). From December 2011, Lei Jun has served as a director of Beijing Kingsoft Office Software, Inc. (Sci-Tech Innovation Board of the Shanghai Stock Exchange ticker: 688111). From April 2015, Lei Jun has been the chairman of the board of Kingsoft Cloud Holdings Limited (NASDAQ ticker: KC).

Lei Jun was elected as one of the 2017 Top 10 Economic Personages of China, and one of 100 outstanding private entrepreneurs at the 40th anniversary of the China’s reform and opening-up. In 2020, Lei Jun was honored with title of “National Advanced Individual of Private Economy Fighting against COVID-19” and title of “Beijing Model Worker”. 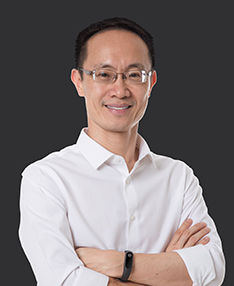 Lin Bin, aged 53, is an Executive Director, a Co-founder and Vice Chairman. He is also a member of the Nomination Committee. Lin Bin currently holds directorships in various subsidiaries of the Group.

Lin Bin co-founded Xiaomi with Lei Jun in 2010. He served as President of Xiaomi until 2019 when he took the role of Vice Chairman of the Company. During the early phase of Xiaomi’s development, Bin was responsible for HR recruiting, legal and finance operation, strategic partnerships with key suppliers, and overseas market expansion in countries like India, Indonesia etc. As the company grew, Bin also oversaw the company’s domestic sales and marketing, after-sales services operations, and Xiaomi’s smartphone business.

Lin Bin had served as an Engineering Director at Google Inc. between 2006 and 2010. Before this, he had worked at Microsoft Corporation from 1995 to 2006 and served various roles such as Software Design Engineer (SDE), SDE Lead, SDE Manager, and Engineering Director. Prior to this, Lin Bin worked as a network engineer at ADP Inc. since May 1993.

Wang Xiang joined Xiaomi in 2015 and he is responsible for platform functions and assisting the CEO with group operations. Wang Xiang graduated from Beijing University of Technology with a bachelor’s degree in electronic engineering. He was previously with Qualcomm for 13 years, and has over 20 years’ experience in semiconductor and communications industry. He worked as Senior Vice President and President of Greater China at Qualcomm, and under his leadership the company rapidly expanded and deepened its relationships in China. He also held senior management positions in sales and marketing at leading companies including Motorola and Lucent/Agere.

Hong Feng joined Xiaomi in 2010. He is the Chairman and CEO of Airstar Digital Technology, focusing on development of financial business. Hong Feng graduated from Shanghai Jiao Tong University where he obtained a computer science & engineering degree. He continued his academic career at Purdue University, where he received a master's degree in computer science. Before Xiaomi, Hong Feng worked at Siebel and then joined Google as Senior Software Engineer. While at Google Headquarters, he oversaw Google Music, Google Pinyin Input, Google Calendar, and Google 3D Street View. 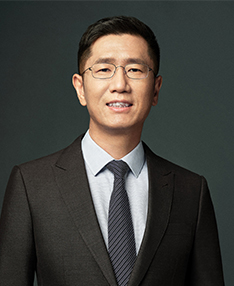 Liu De joined Xiaomi in 2010 and he is in charge of the recruitment, promotion, training and assessment of senior staff, organizational structure design and approval. Liu De graduated from Beijing Institute of Technology with a bachelor's degree in industrial design and a master's degree in mechanical engineering. He continued his academic career at Industrial Design from Art Center College of Design located in California, USA, where he received a master's degree in industrial design. He returned to China to establish the industrial design department at University of Science and Technology Beijing, where he served as the department’s dean. 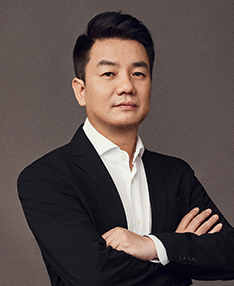 Wang Chuan joined Xiaomi in 2012 and currently serves as Chief Strategy Officer. He graduated from Beijing University of Technology with a master's degree in computer science & engineering. He founded Thunder Stone Technology Ltd. in 1996 and led the company to be the largest audio-visual entertainment equipment supplier in China. In 2010, Wang Chuan founded Beijing Duokan Technology Co., Ltd and served as the CEO. 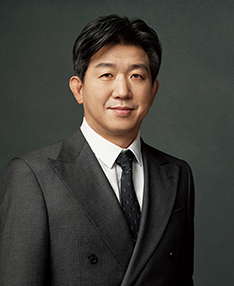 Zhang Feng joined Xiaomi in 2016, and now he is Group Chief of Staff. Zhang Feng is responsible for assisting the CEO in formulating the Group Development Strategy and supervising the implementation of the strategies of the various business departments. And Zhang Feng is simultaneously Chairman of the Group Procurement Committee. He is responsible for integrating the procurement needs of various departments of the company, improving procurement capability, optimizing the procurement process and efficiency. He received a bachelor’s degree in radio electronics from Shanghai University of Science and Technology. Zhang Feng Engaged in the mobile phone and communication industry for more than 20 years. From 1993-2012, he worked as General Manager at Inventec Group’s Nanjing branch. In 2013, Mr. Zhang founded Jiangsu Zimi Electronic Technology Co. Ltd and served as the General Manager, and Zimi became one of Xiaomi’s ecosystem partners. 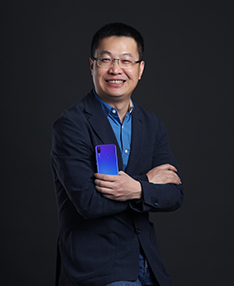 Lu Weibing joined Xiaomi in 2019, and now is responsible for sales management of China Region and International Department, as well as the brand strategy, product planning and production, sales & marketing of Redmi Brand. Lu Weibing graduated from Tsinghua University with a major in chemistry, and received his EMBA from CKGSB. Before Xiaomi, he served as President of Gionee Group, Founder and CEO of Chenyee Technology Co. Zeng Xuezhong joined Xiaomi in July 2020, and he is responsible for R&D and manufacturing of smartphone. Zeng Xuezhong graduated from the department of physics of Tsinghua University and later obtained an EMBA from Tsinghua University. He has served as Senior Vice President and President of ZTE Corporation in China, Executive Vice President of ZTE Corporation and CEO of ZTE Terminal. He also held senior management positions such as Global Executive Vice President of Tsinghua Unigroup, Chairman and General Manager of Huixin Communications. As an excellent manager and expert in communication industry, he has rich practical experience in corporate strategy, innovation and transformation. 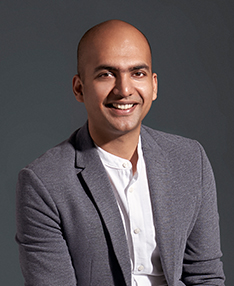 Manu joined Xiaomi in 2014, he is the head of Xiaomi’s business in India. He graduated from IIT Delhi in engineering, and received an MBA from IIM Calcutta, India. Before Xiaomi, He worked at McKinsey & Company for 5 years, and co-founded Jabong.com, which is a leading e-commerce company in India. Cui Baoqiu joined Xiaomi in 2012 and now is the President of Qinghe University. Dr. Cui Baoqiu graduated from the department of computer science of Wuhan University and received his PhD in computer science from the State University of New York at Stony Brook. Prior to joining Xiaomi, he worked at IBM Silicon Valley Lab, Yahoo! and LinkedIn, working on technology development and management in database, search engine, machine learning, big data, social networking and more. 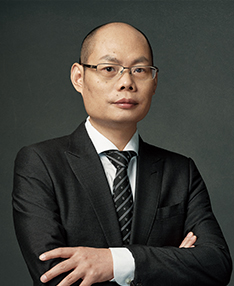 Yan Kesheng joined Xiaomi in 2010, and now is responsible for the quality management of all products and services. He graduated from Anhui Engineering Institute University with a degree in technology in agricultural machinery design and manufacturing. Prior to joining Xiaomi, he worked as a Chief Mechanical Engineer at Motorola China, and participated in the research and development of many world-class products. He has more than 20 years of experience in telecommunications product design, research and development, and quality control. 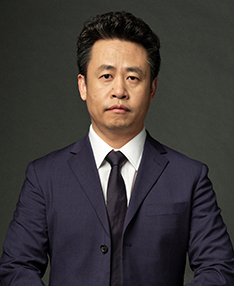 Shang Jin joined Xiaomi in 2013, and now he’s responsible for the management of New Retail Department of China Region. He graduated from Dalian University of Technology, department of physics. Shang Jin joined Kingsoft in 1999, contributing to its WPS and gaming areas in both Zhuhai and Beijing locations. In 2002, he became Lei Jun’s Technical Assistant. Shang Jin left Kingsoft in 2005 and invested in or co-founded several gaming companies such as Changyou, youxigu.com, 70yx.com and Qilin Films. 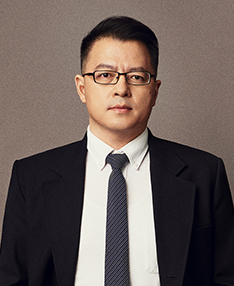 He Yong joined Xiaomi in 2018, and he is responsible for regional headquarter management and regional development. He Yong received his PhD from Wuhan University. Before Xiaomi he worked as the Deputy Director of liaison office of Hubei Province in Beijing. He Yong has extensive experience in government relationship, regional economy, enterprise service, etc.

Chang Cheng joined Xiaomi in January 2020, and he is responsible for smartphone product planning. Dr. Chang Cheng graduated from the department of mathematics of Beijing Normal University and received his PhD in engineering from Beijing University of Aeronautics and Astronautics. Prior to joining Xiaomi, he worked as Vice President of Lenovo Group. 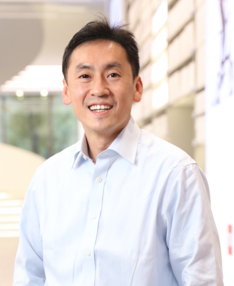 Alain Lam joined Xiaomi in October 2020 and is responsible for financial management. In addition, he serves as the Deputy Chairman of Airstar Digital Technology. Alain graduated from the University of Oxford with a master's degree in engineering. Prior to joining Xiaomi, he served as a Managing Director and Head of Technology, Media and Telecom in the Investment Banking and Capital Markets of Credit Suisse, as well as a Managing Director of Morgan Stanley. Alain has executed a number of U.S. IPOs including Kingsoft Cloud, XPeng and Pinduoduo, as well as Hong Kong IPOs including Alibaba, Xiaomi, and NetEase. He has more than 20 years of experience in capital markets.